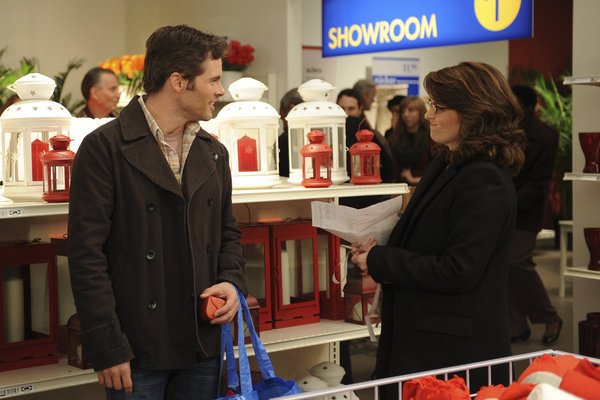 A trip to IKEA puts Liz Lemon (Tina Fey) at odds with her new boyfriend.

As the show’s main character Liz Lemon (played by Tina Fey) enters IKEA with her new boyfriend, Criss (James Marsden), they receive a quick glimpse of the chaos to come as an elderly man yells, “I wish I had died at Iwo Jima,” at his wife.

Inside the story is no different. A frustrating array of options, a confusing lay-out, petty insecurities, and a needlessly frustrating shopping experience pit Liz and Criss against each other. In a heated argument the characters use IKEA furniture as a metaphor for the flaws in their relationship, leaving their future in doubt.

Curious about how everything turns out for Liz and Criss? Watch the full episode below or at NBC.com/30-rock.