Hot New Films Hitting Theaters and Your Home This Week 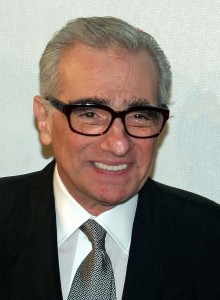 We’re coming fresh off of Oscar Week, but somehow, the film buzz is still hot for new films coming to DVD and theaters this week.

On the DVD front, the raunchy jokes and wacky hijinks come home with The Hangover Part II, starring Bradley Cooper, Zach Galifianakis and Ed Helms.  This time, the boys head to Thailand for another wedding, but a pre-bachelor brunch goes surprisingly awry.

Martin Scorsese’s Hugo took home five Oscars on Sunday, and the film’s producers are certainly looking to capitalize on the post-Oscar buzz with a release of the film on DVD this week.  Bring home the magic of 1930’s Paris, as Scorsese guides his audience on the mysterious adventure of a young boy and his father’s automaton.

Coming to theaters this weekend, Dr. Seuss’ The Lorax will be leading the pack.  Based on the classic children’s book by the aforementioned Dr. Seuss, Danny DeVito, Zac Efron, and Taylor Swift star in this charming 3-D adaptation.  View the trailer below: