St. Patrick’s Day: Get Out Your Green 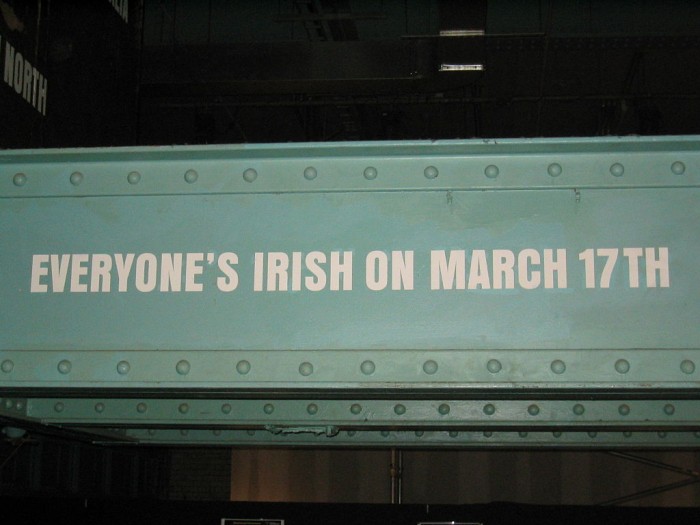 St. Patrick’s Day is not actually a national American holiday…seriously?  Yep.  Even though it is widely celebrated throughout the US, it’s still technically not a national holiday.  Lame, right?  Either way, let’s learn a bit about St. Patrick’s Day, its derivation and why we celebrate.

St. Patrick’s Day commemorates St. Patrick, most commonly recognized as the patron saint of Ireland and the man responsible for delivering Christianity to Ireland.  Although it was originally a religious holiday, in both Ireland and much of Europe and North America, it has become a secular celebration of Irish culture and the Irish diaspora.  Technically, it is the most widely celebrated saint’s day on Earth, but we all know that no one’s really celebrating the saint – it’s day for Ireland and the Irish.

Typically, St. Patrick’s Day is celebrated by wearing green.   As early as the 17th century, green ribbons and shamrocks were worn in celebration of the day because St. Patrick supposedly explained the holy trinity to the pagan Irish people by using a Shamrock’s three leaves.

In addition to wearing green, Saint Patrick’s Day is also commemorated with parades, feasts and the consumption of Irish alcoholic beverages such as Guinness beer, Jameson Whiskey, and Bailey’s liqueur.

New York City has the oldest annual public St. Patrick’s Day parade in the U.S.  The first St. Patrick’s Day Parade celebrated in NYC was held in 1762, when technically, it was still part of the British Empire.  Thankfully, despite the whole revolution thing, the holiday celebrations remained.

How are you celebrating St. Patrick’s Day this year?  Going to a parade or just going to the bar with some friends?  Leave a comment and let us know.