The House That Ruth Built: Fun Facts from Yankee Stadium 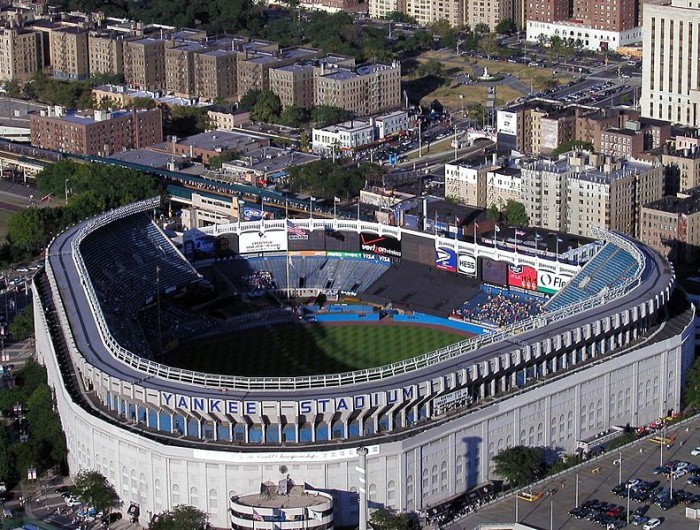 In honor of the new baseball season, let’s take a look at the one of the greatest sports stadiums known to man: the old Yankee Stadium (the new one’s great, too, but we’re talking about history now, not architecture).  Read on for some fun facts you might not have known about the house that Ruth built.

- The first game ever played at Yankees Stadium was the Yankees vs. The Red Sox.  The Yankees won 4-1.  Babe Ruth hit a three run home-run in the third inning (the stadium’s first homerun, too).

- Yankee Stadium’s design was actually catered to Babe Ruth’s batting stance.  The right hand fence was only 350 feet from home plate, compared to 490 feet in deep center field.  The left-handed Ruth had no trouble hitting home runs into right field, and the right-field bleachers were eventually nicknamed “Ruthville.”

- Before the construction of Yankee Stadium, the Yankees shared the Polo Grounds with the NY Giants

- The Yankees won the 1923 World Series (the same year they began playing in the new stadium), against the NY Giants.

- The last home run to be hit in the park before its demolition was hit by Yankees catcher Jose Molina on September 21, 2008 against the Baltimore Orioles.  It was the last game played in Yankees Stadium.

Do you have any fun facts or stories from Yankees stadium?  Please share in the comments section!